Hi, I have some trouble with Pavlovia surveys.

During piloting people reported problems with error messages coming up. The first is a ‘Script error’ that comes up during the ‘Narcissism Questionnaire’ (Q.6-Q.21). Moreover what happens during that questionnaire, is that some questions set up as a boolean type, showed up to participants as checkbox questions (definitely Q.6, and Q.19(Pair 14)).
The second error is a ‘Load failed error’ after the study is completed.

(The survey was directly created on Pavlovia)

When I do the run through both using Preview but also using Pilot using Safari 15.4 and Mac OSX 12.3 I’m not seeing these issues

When I do the Pilot having copied the URL to my iPhone they do appear (screenshots attached). Its a 14 Pro Max running 16.2 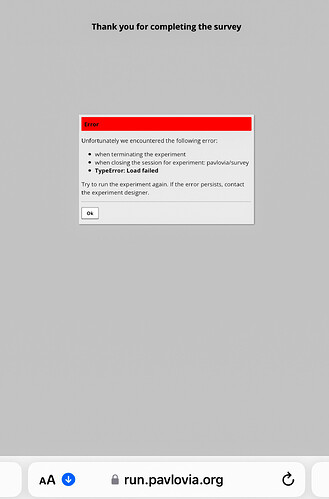 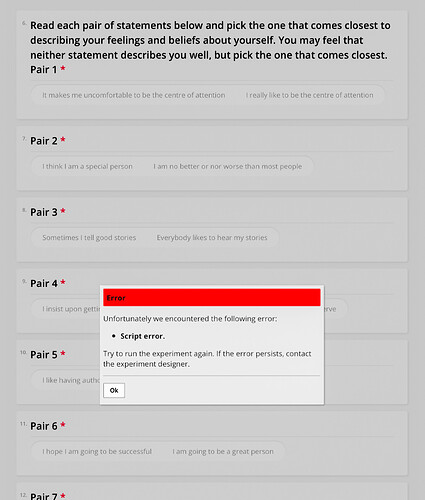 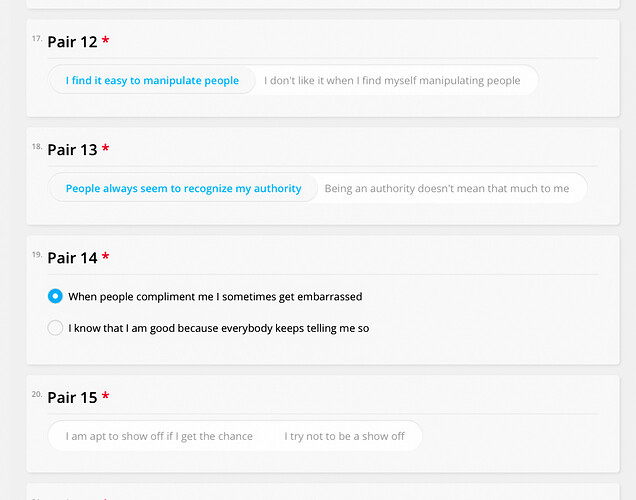 We identified the cause of the problem here when we noticed the question pair that was displaying as checkbox on phones had longer character counts than any of the others. Sure enough when those were shortened it displayed as Boolean and the Script error on opening that page also went away

Great detective work. In theory I think you may be able to override this behaviour.

However, I can’t see “renderAs” as an option in our interface.