How to randomise pairs of images

I’m starting to build a pairwise comparison task with image. Two image appear in the same time on the screen (one at the left and one at the right).
My problem is : when I’m running the experiment the two image are the same cause in the Excel file there is the same image paired. 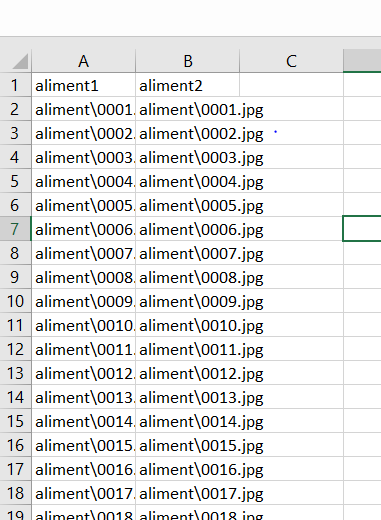 I want it to be random and know in my data file which images were presented for each trial.

Is there any manner to make them appear randomly left or right for every test subject? 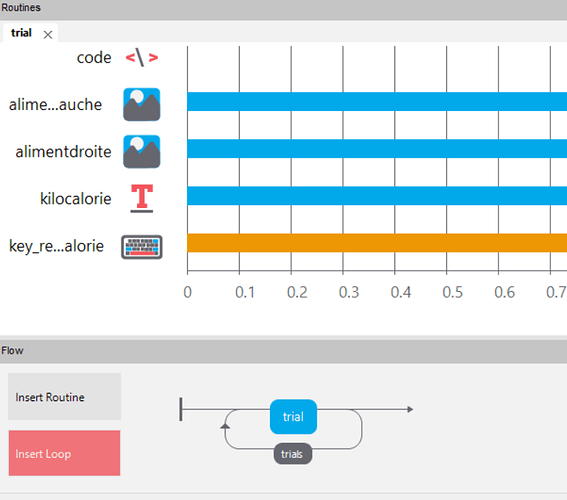 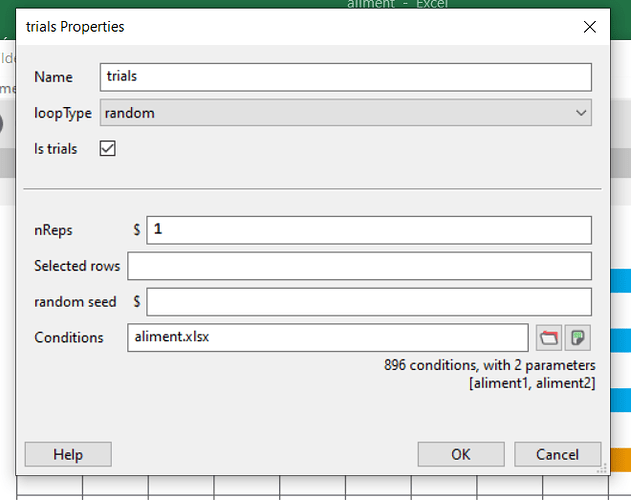 Thanks for your help,

hi @Milena this might not be the best way to do it, but…

you could write Python code to generate an excel file for each subject as the experiment is starting that randomizes the order of each column.

What I do in this circumstance is have the columns fixed and shuffle a list of coordinates (or x positions) each trial. Make sure you save the x position of the target

Hi,
I can’t code because I don’t know how to do that…
But it’s complicate Python code ?

Add a code component to your trial routine:

If your task is to say which food has more calories, then you could put the higher calorie food in aliment1 and then add code in Begin Routine for to calculate the correct answer:

For online use, you’d need to add Answer = ‘’ in Begin Experiment

But I have a problem with this code

But it doesn’t work
When I run my experiment with the code I have this error message :

I made a mistake in my code (I was typing on a mobile). It should have been

This code is about saving the location of the first column

The first word (in quotes) is the name of the column in the data file
The second word (no quotes) is the variable to be saved. locations[0][0] should just save the x coordinate

If you want to also save the x coordinate of the second location, it should be

I don’t have any more bugs with the code thanks.
But it still shows me the same images. Should I add a collone in my excel file?

Would you prefer to
a. Have each image paired with a specific other image, but randomise which one is on the left or
b. Randomly pair images from your image set?

I prefer the b

Based on the Multi-session randomisation demo I wrote this morning, I’d just written a “low code” demo for Random Pairs

In this demo there is an outer loop that cycles through all stimuli. However, the trial itself is only presented on odd-numbered iterations of the outer loop (remember that the numbering starts from zero). The even numbered iterations save the stimulus to a variable ready to be used in the next trial.