Hi, I am designing an experiment where participants are required to enter two key responses to complete a trial. (sequence of key presses does not matter and both keys must be correct). This is the code I am using to record data.

add the following code to the Each frame tab of a code-component that follows your key-board-component.

In you code above, it seems that you want to store the correctness of the answer as well, don’t you?

in case you want to save the correctness of your key-presses, add the following code to the End routine tab of your code-component.

In this example, 1 and 2, are correct answers. Order does not matter. Both answer have to correct to be counted as correct.

Everything is working as intended now except that the data produced set all the responses as false (resp.corr = 0) despite routines being correct. Here are some screenshots. 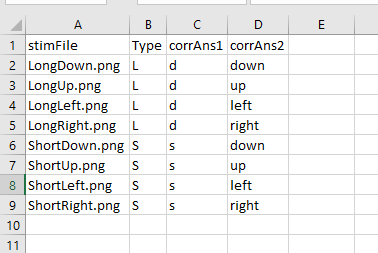 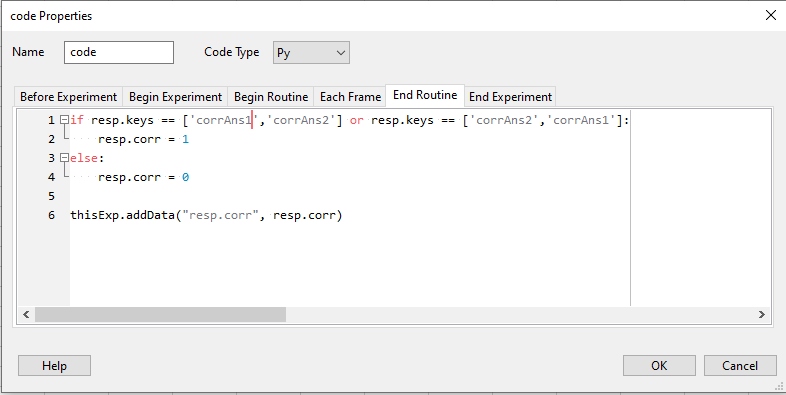 ok, the problem is that you compare resp.keys to the strings corrAns1 and corrAns2. resp.keys is however s, right, down, up, left or right. I used just ‘1’ and ‘2’ as an example. You need to change the if-else construction to

Thank you so much for your help, it works perfectly now!