I’m finishing up a source memory task that I’m aiming to get online soon. I have a couple of things left that I’m having trouble trying to figure out, both regarding saving specific data to the output file.

Right now the values are being added to the output file, but O_N is only being marked as old and Identity is only showing one source.

I have attached that section of the data file and the code in the task (initialization, study, and test).

Thanks in advance and let me know if you need more explanation/materials from the task! 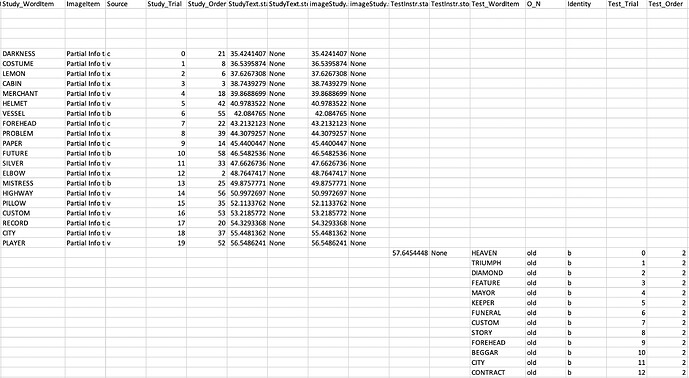 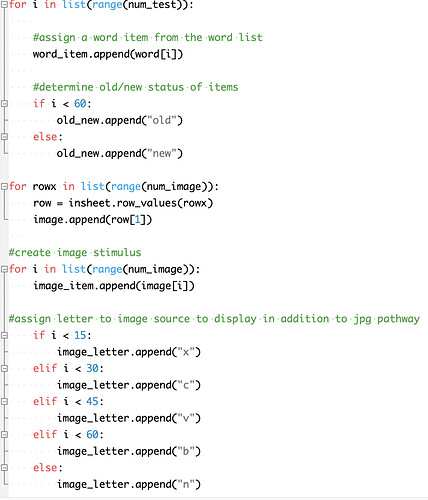 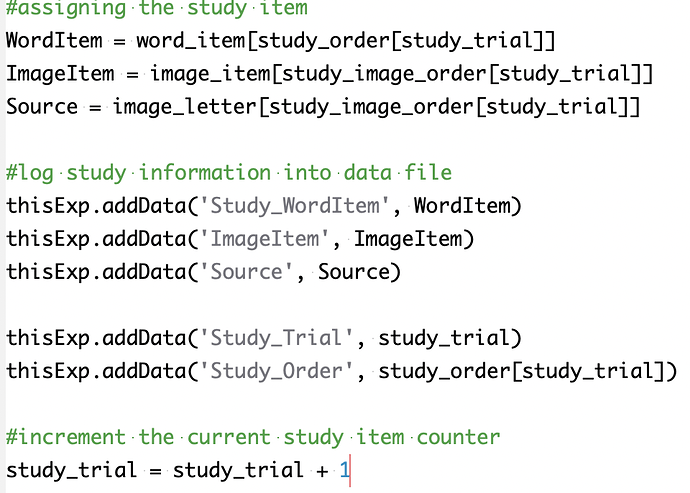 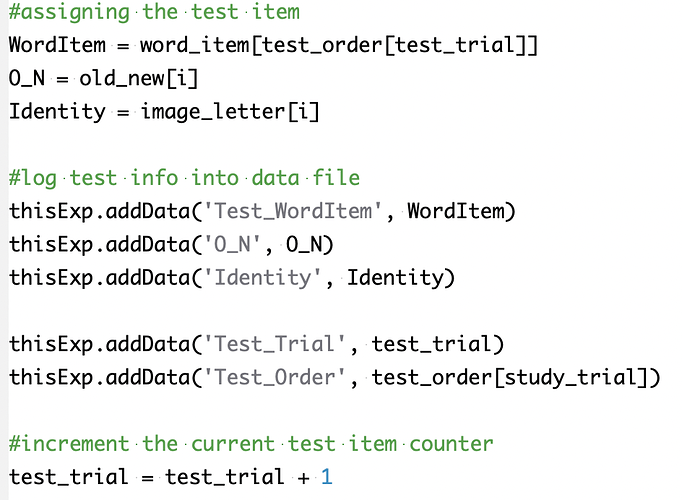 I’m not 100% on what you’re doing at the beginning - it looks like you’re appending old to an array if the word is in the first 60 values of a word array?

What I would do instead is create a dict at the start of the experiment (let’s call it old_new, so it’s replacing the list you’re using) and, each time a word is presented, do this:

meaning it gets set to “new” the first time it’s shown, and old every subsequent time. Then you can convert it back to a list for storage at the end using a for loop: