I’m designing an experiment where 6 letters will show up and after a warning sign (such as a “*” symbol) a letter which may or may not be a part of that sequence shows up and the subject will need to determine whether or not that test letter is a part of the sequence. I would like to repeat this trial 24 times meaning that there is a random 6 itemed sequence that loops for 24 times. I was able to have a random letter show up but when the trial is looped, the same letters show up.

What did you try to make it work?:
I thought that creating a separate loop for each test item would create a random letter and then with these smaller loops (In the image I only made 2 test letters but it’s supposed to be 6), I nest that into one bigger loop that goes on for 24 times. 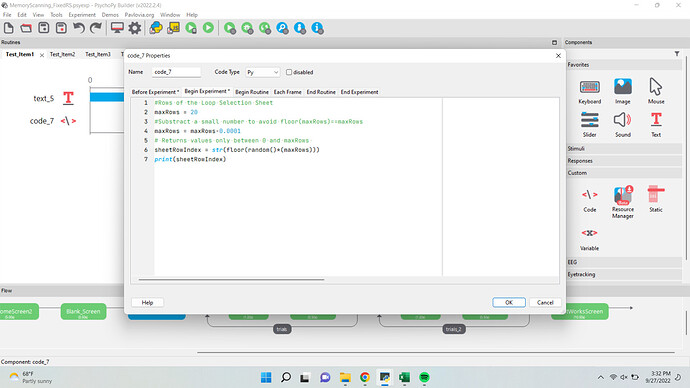 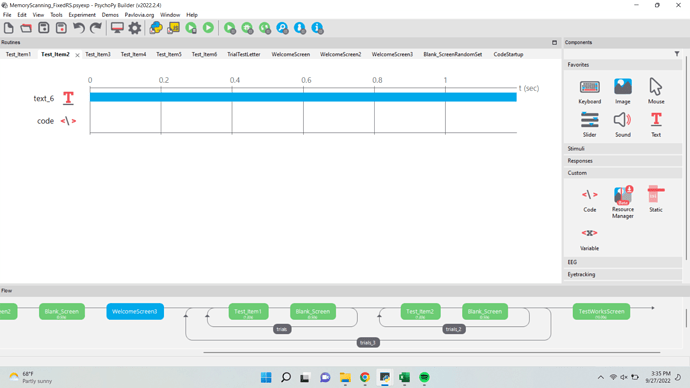 Hi @Muzzahmed, if you want to run the code that you show repeatedly thereby drawing new random letters repeatedly (if that is what it is doing), you have to put the code in the “Begin routine” tab in a routine that also repeats. Currently, it is in “Begin experiment”, so it is only run once.