Run of an experiment gets stuck in the transition between routines

This is how it looks 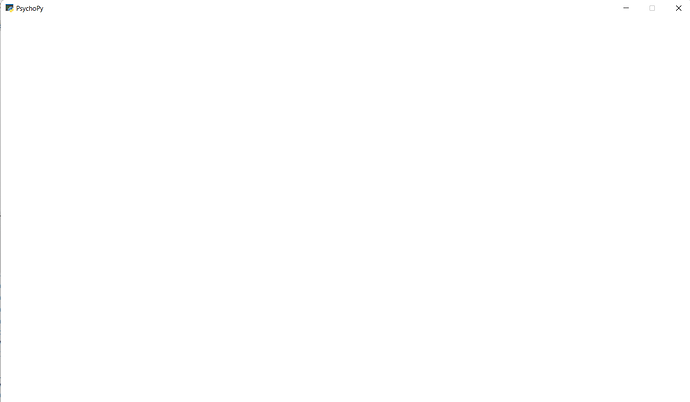 Do you have a code component in End Routine of the routine before the transition? Does it contain “is not” several times?

Yes. I have several routines with such code but at the ‘beign routine’.

Start by changing is not to != as per the messages and see if that helps.

Also, I’ve come across some potential issues with continueRoutine = False which I need to test. Is the behaviour you are seeing similar to what you would get if continueRoutine was being ignored?

I’ve just confirmed that continueRoutine = False does not work in 2022.2.x offline. It results in a blank screen for the normal duration of the routine.

The expected behaviour is correct online. It also works offline if you set the version as 2022.1.4

Is there a code to select a certain video within that routine, according to the selection in experiment info?