Hi There I’m trying to use the overlap command. But it sometimes fails in squares [image attached]. 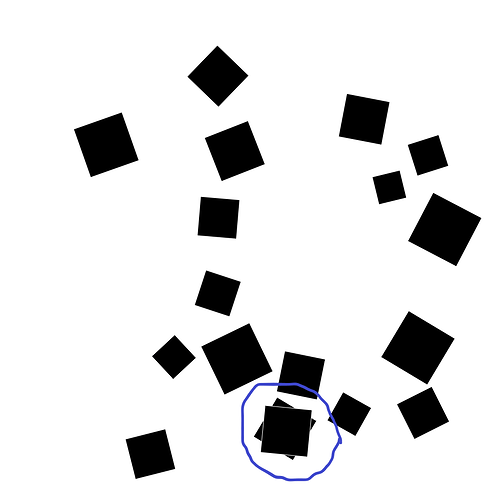 I wrote a code [attached] based on the distance between the centers of the squares and their medians. But unfortunately he also failed.

I would be happy for your help in solving the problem, thanks!

to fix this problem i just used 2 functions (overlaps and SquaresOverlaps) that cover each other from fails.